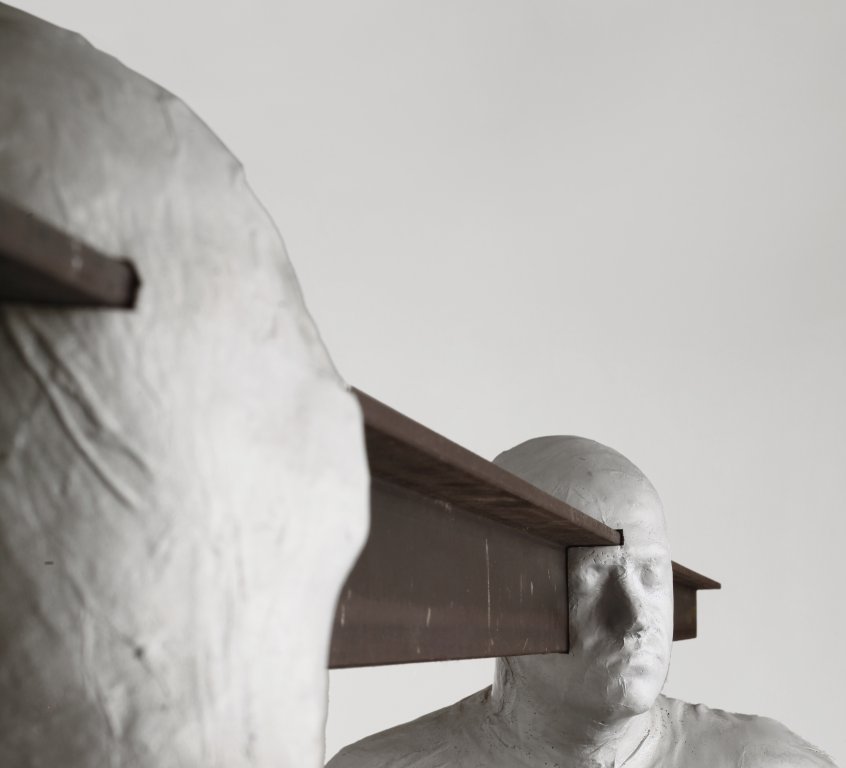 "Frantumi" is the latest exhibition by Paolo Grassino displayed at Progettoarte elm.

In his multiform activity as a sculptor, there is a fil rouge that links his packs of stray dogs to the carcass of a MiG 15, to his representation of the human condition as it is today. A sort of constant scenario of war, in which buildings are reduced to rubble and people are shattered.

Two men whose heads are crossed by a steel "T" shaped iron beam, faces struck by fragments of glass, clothes as tears coming out of the eyes of other faces, it looks like they do not provide foothold for hope, but this is not the case. According to an atavistic vision, pain forges character, and suffering feeds consciousness, and what is art about if not awareness of the world? Thus, awareness is dearly paid for, but once its process has been activated it cannot stop - and this is the desirable path of every artist.

After all, the little Apocalypse of this Turinese artist finds its redemption not only in the high and western concept of suffering, but also in that one of "shape": art is able to recompose the fragments just like a homeopathic cure, by let them visible.