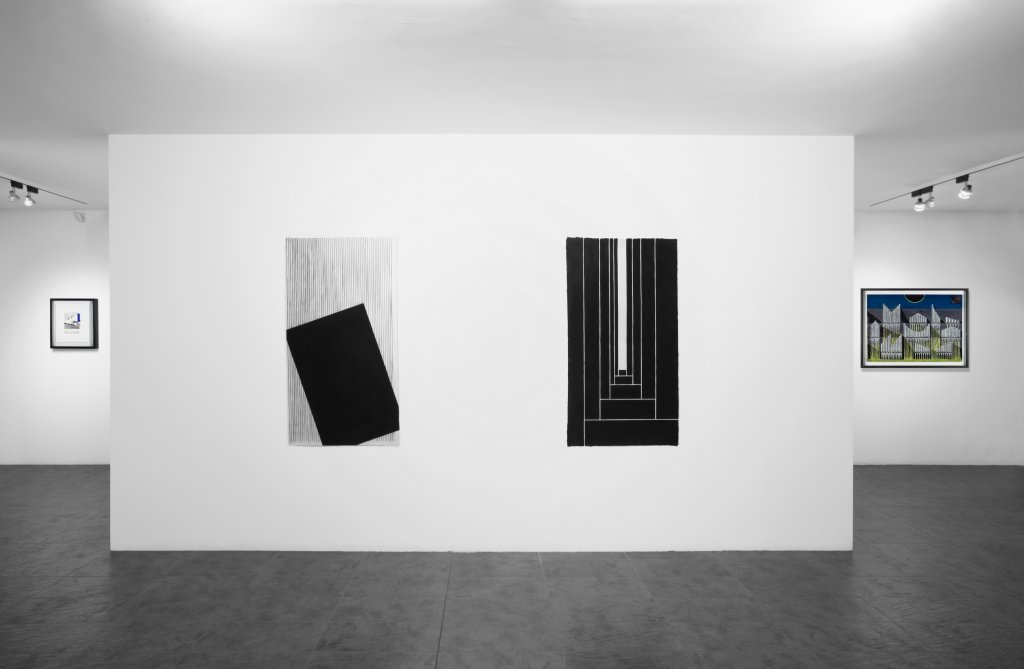 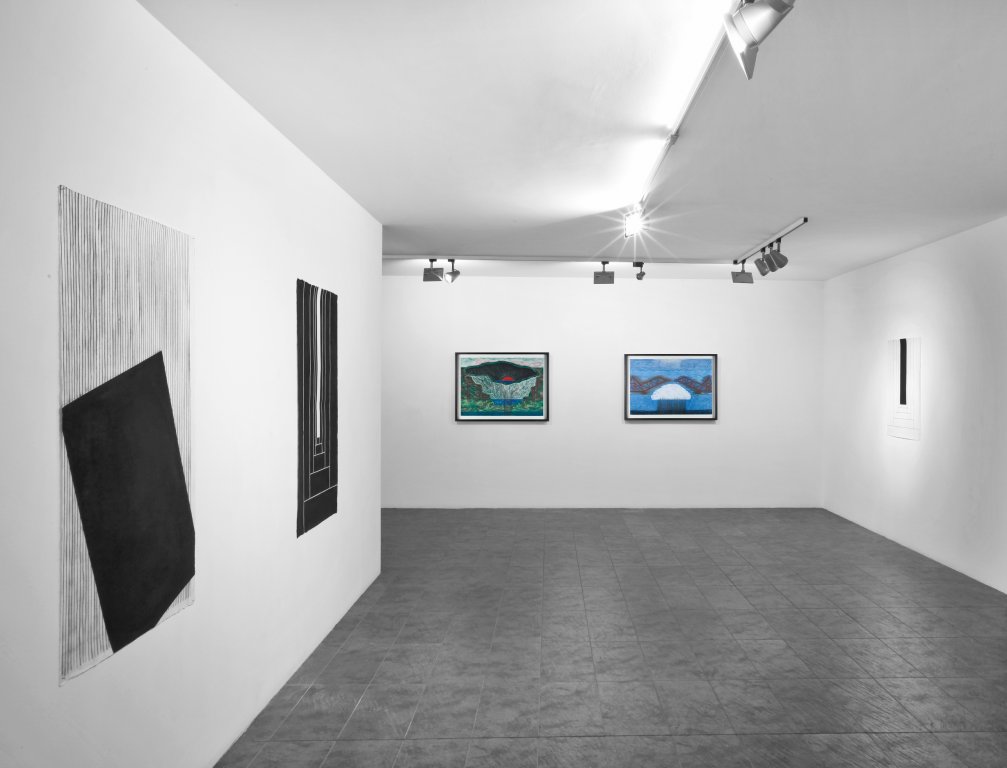 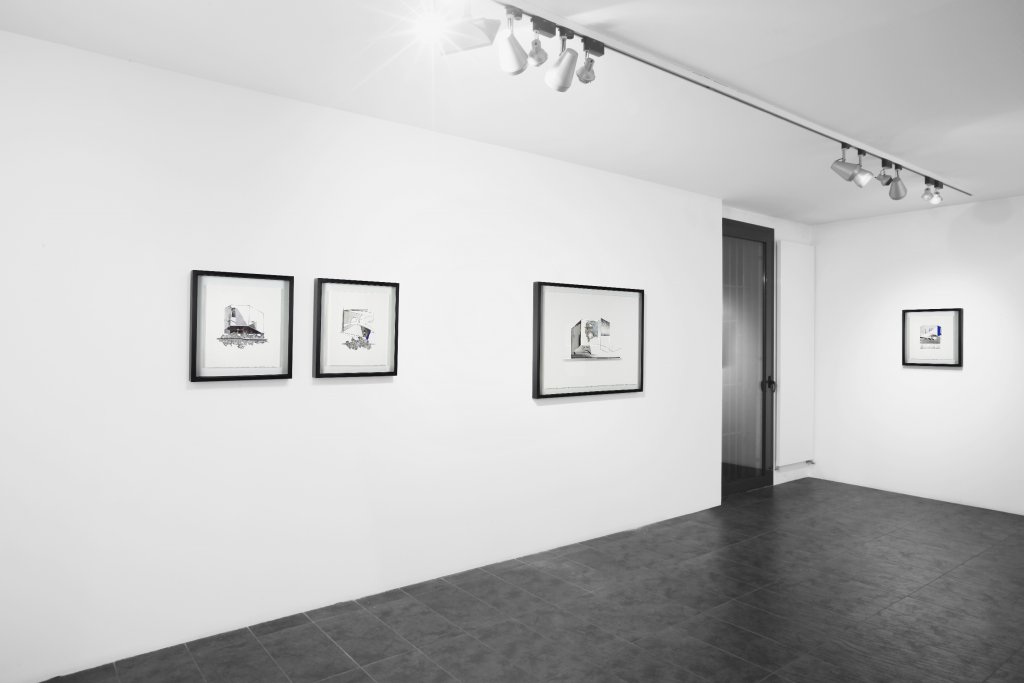 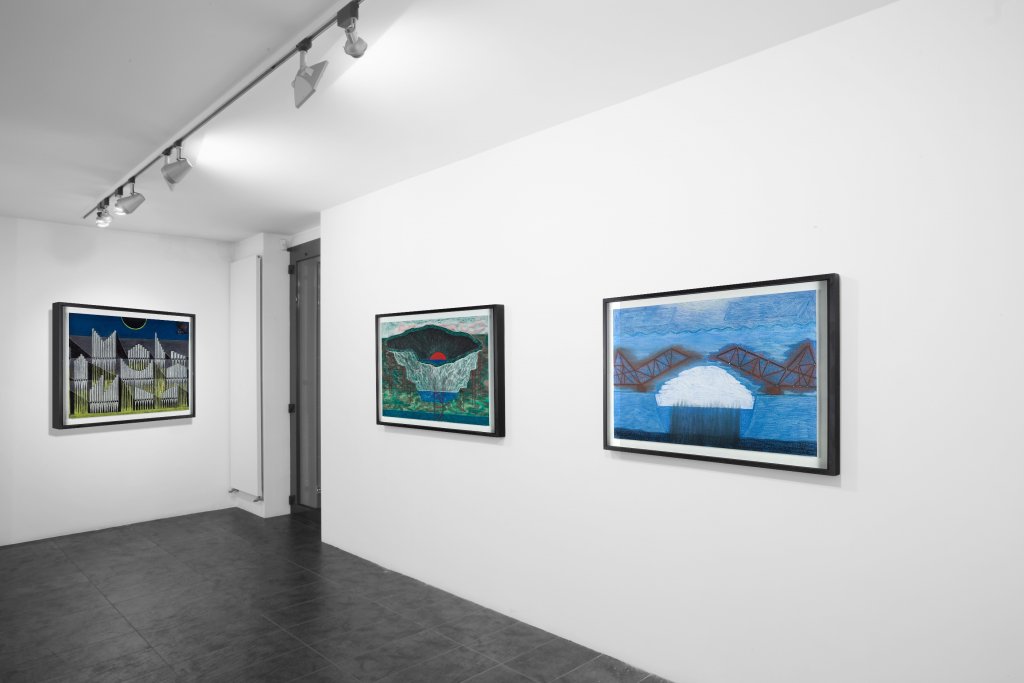 Although they are formally and imaginatively different, the works included in sottile spessore are linked by a shared tension: the effort to overcome paper’s two-dimensionality, to create another spatiality, either from conceptual, physical or symbolic points of view. Nunzio’s large-format works are developed as a monochromatic Minimalist language where the artist employs seemingly elementary signs, yet which are characterised by their complex internal relations and codifications. These relations, alongside the shades of the coal, are capable of defining a space that seems to expand and shrink, constantly vibrating with movement. In Giuseppe Pietroniro’s works, drawing, photography and collage combine to create scenarios that are both concrete and abstract. The inclusion of relief elements such as aluminium and other metal alloys gives the works a strong three-dimensional presence. Dominated by intuitive perspectival rules, Pietroniro’s works stand out for the breadth of their composition, using references from real life to entirely invented signs. Lastly, Josephine Baker’s chalk drawings head towards a figuration that is far from being descriptive. Her works’ scenarios, drawn with vibrant, sometimes even lurid colours, sit on the border between dream and dystopia. The internal relationships in Baker’s images have an almost architectonic quality, yet they appear regulated by quite paradoxical rules: artificial elements coexist alongside hypotheses of natural landscapes, which often read as prefigurations of traumatic events, far from being reassuring.

The exhibition’s title, sottile spessore (thin thickness), alludes to the support common to all the works, highlighting the physical property of paper ­– its “thinness” ­– and at the same time referring to the “thickness” of another dimension: the extension of and enquiry into another form of spatiality, which unites all three artists’ pursuits. The almost oxymoronic friction of the title’s two terms becomes a useful clue in tracing the possible points of contact between Baker, Nunzio and Pietroniro, thus aiding the works’ coexistence (most of them have been specifically produced for the exhibition), without denying the authors’ autonomy, individual voices and poetics.